Ninja: Legend Of The Scorpion Clan

Beschreibung:
The game centers around one very dangerous night at a castle in the provinces of the Lion Clan. Honorable Lion samurai stand vigilant watch around the castle, protecting it from harm. The Scorpion Clan sends one well trained ninja to infiltrate the castle for nefarious purposes… it may be to assassinate an imperial guest under the Lion’s protection, or poison the well, or steal the daimyo’s war plans for the coming season. Whatever the goal, the ninja has vowed to accomplish it, or die trying. Worse yet for the Lion Clan, the ninja has an accomplice: a traitor among the ranks of the Lion samurai whose true loyalty lies with the Scorpion.

The intruders move in secret, marking their positions on a small copy of the game board. They can move freely, but the faster they move, the easier they are to detect. Moats, walls, and most especially sentries all serve to hamper their movement. And if a guard stumbles across their position, the alarm will be raised!

The guards must listen for intruders, search the area, and rouse additional guards when they think there’s trouble.

Although time and numbers weigh in the guards’ favor, the intruders have tricks aplenty. Climbing ropes, shuriken, drugged sake, and other tricks will distract the guards… or eliminate them completely. But of course, each such action may raise the Alert Level, as well as give the guard player a clue to your location.

The guards have their own secrets, of course. The intruders don’t know the precise location of their mission targets, and while searching for them, they may stumble upon a nightingale floor that gives a telltale squeak, or even a hidden guard ready to slay any foe!

The game is designed for 2–4 players, and plays in less than an hour. With three players, one player handles the guards, one the traitor, and one the ninja (the intruders don’t have to cooperate, either). With 4 players, the guards are split into two teams, which has its own benefits and challenges.
[Quelle: Verlag] 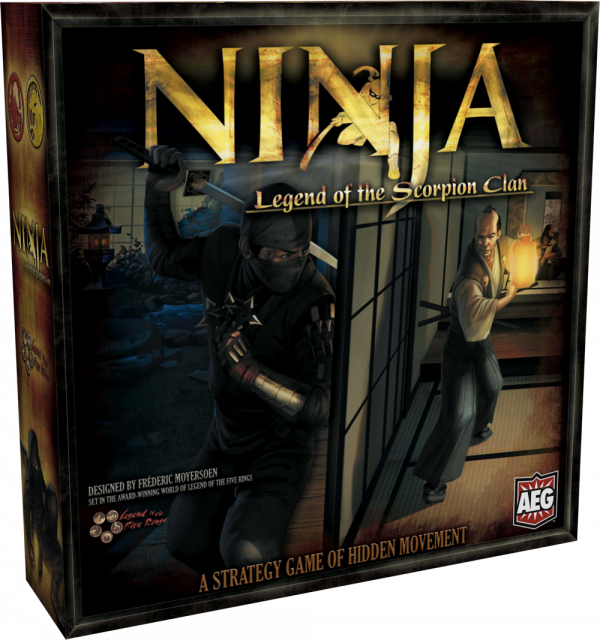 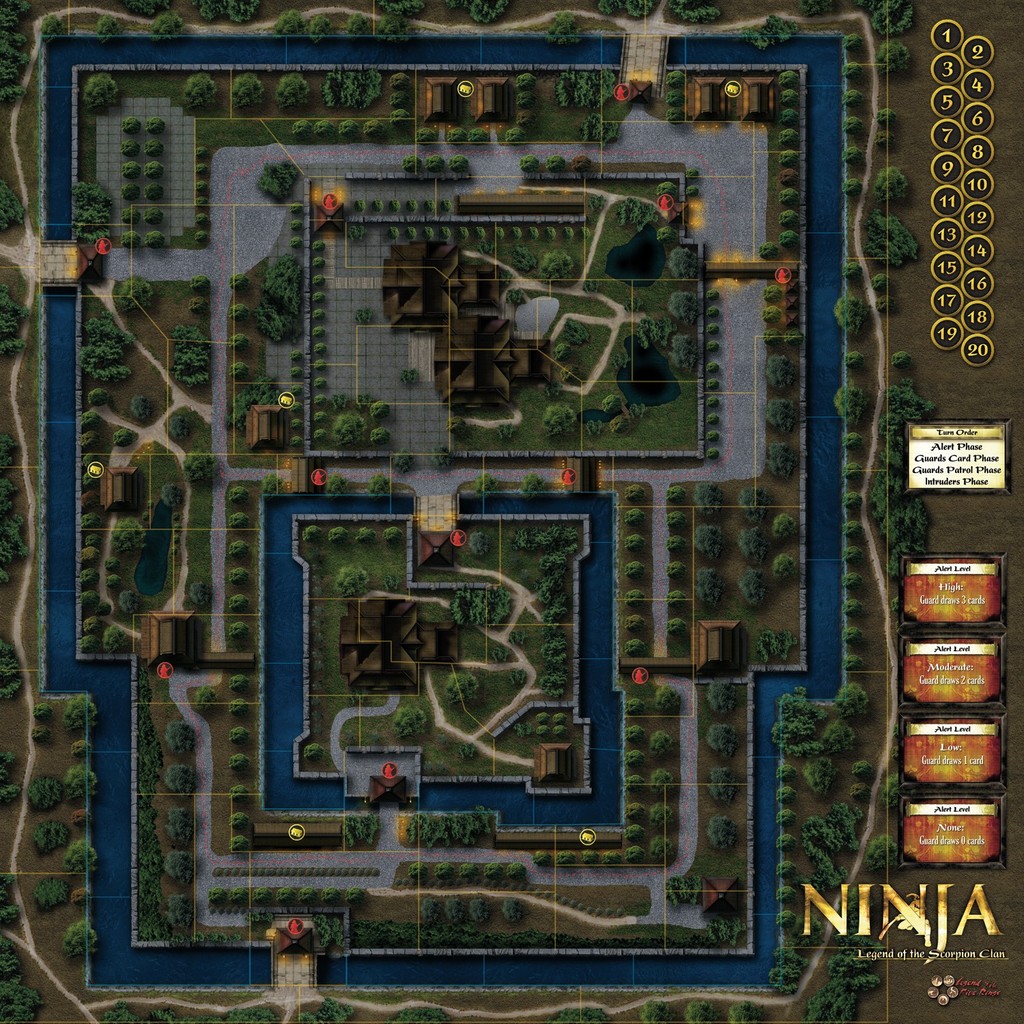 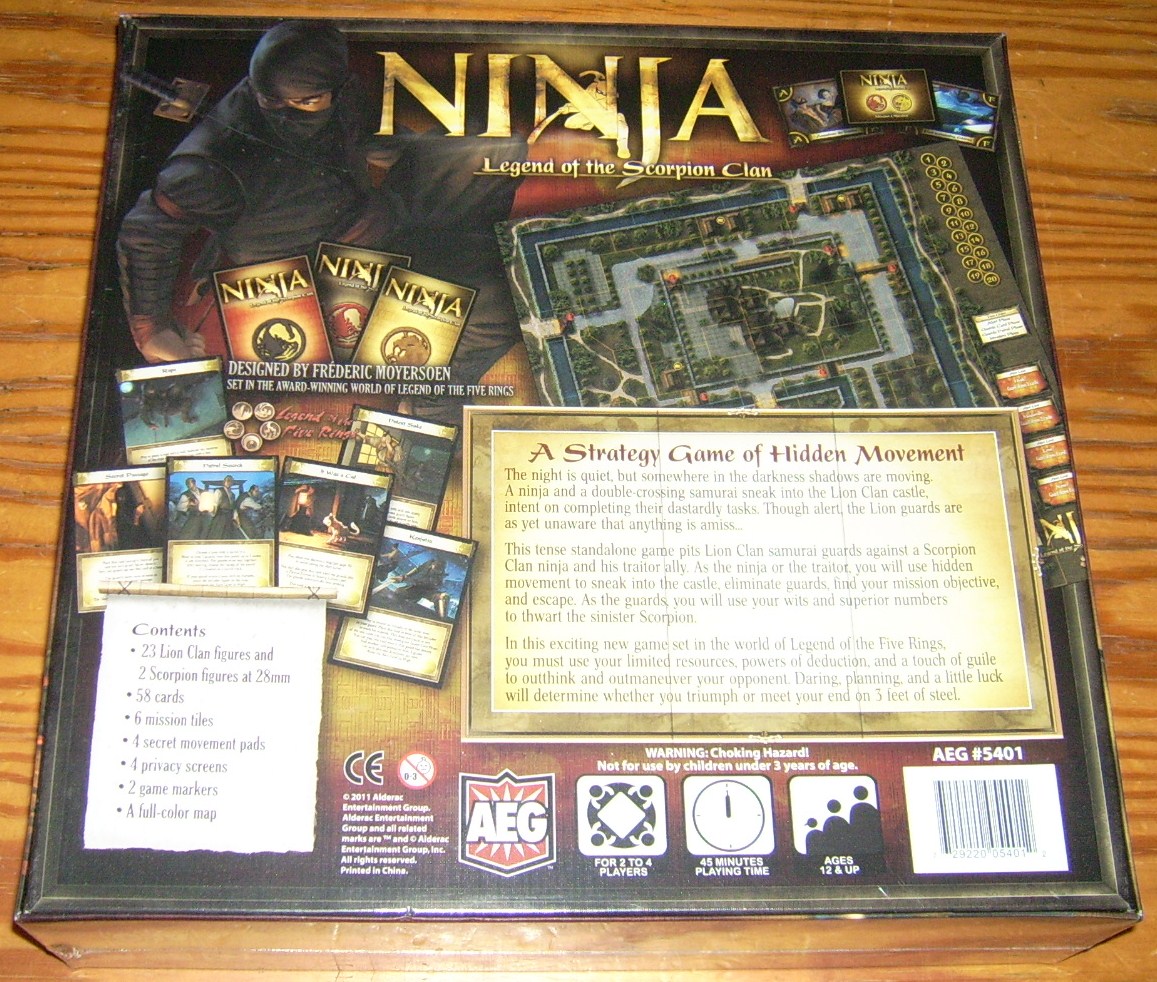