Beschreibung:
Born in Chicago on March 30,1977 to a French father and Franco-Belgian mother, Edouard Guiton grew up in the Paris Suburbs. He became passionate about drawing very early, never imagining that sketching monsters, warriors, and other childish fantasies could be a job.
In 1997, he participated in the creaton of the game production company Rackham, co-founded by his brother Raphael Guiton. Edouard worked as Rackham;s main character designer for many years, in addition to working on illustrations, covers, and concepts for different game and video game publishers.
Edouard's first comics, produced by Soleil, appeared in 2009. In that same year, Edouard began working with Ankama, and important, young French company, producting cartoons, video games, games, toys and comics. Edouard lives and works in Paris.

Doud the Hospital Boy:
"Hey Mr. Zombie, take these lead pills to ease your terminal pain!" Doud had a spectacular skateboard accident mere hous before the zombie invasion. He awoke in the turmpil, as infected people were turning into zombies and began to attack anyone in sight. His will to live, however, was stronger than the zombie tide. Doud took anything he could find and turned it into a weapon, until he found his first real weapons. He was the one to Molotov the Hospital Central and turn it into a funeral pyre. Despite his awesome feat, Doud still has to be taken care of. Finding medical supplies in a devastated town isn't easy. Hopefully his new buddies will help him heal and once he's in the green again... Payback time.

Tomiko the Psychotic Bunny:
"Choppity-chop-chop!" Little is known of Tomiko's life before the zombies came. There were whispers that she was an anime cosplayer, a video game fanatic, or even an employee at an amusement park. However, people are in total agreement taht she is now crazy. Even zombies seem to avoid Tomido when she walks down the middle of the street shouting the only words she ever speaks, 'Choppity-chop-chop!' Tomiko is good in a fight, wielding her axe with psychotic vigor. Unfortunately, in the heat of battle she often doesn't distinguish between the living and the dead, and for this reason she never lasts long with any survivor group. 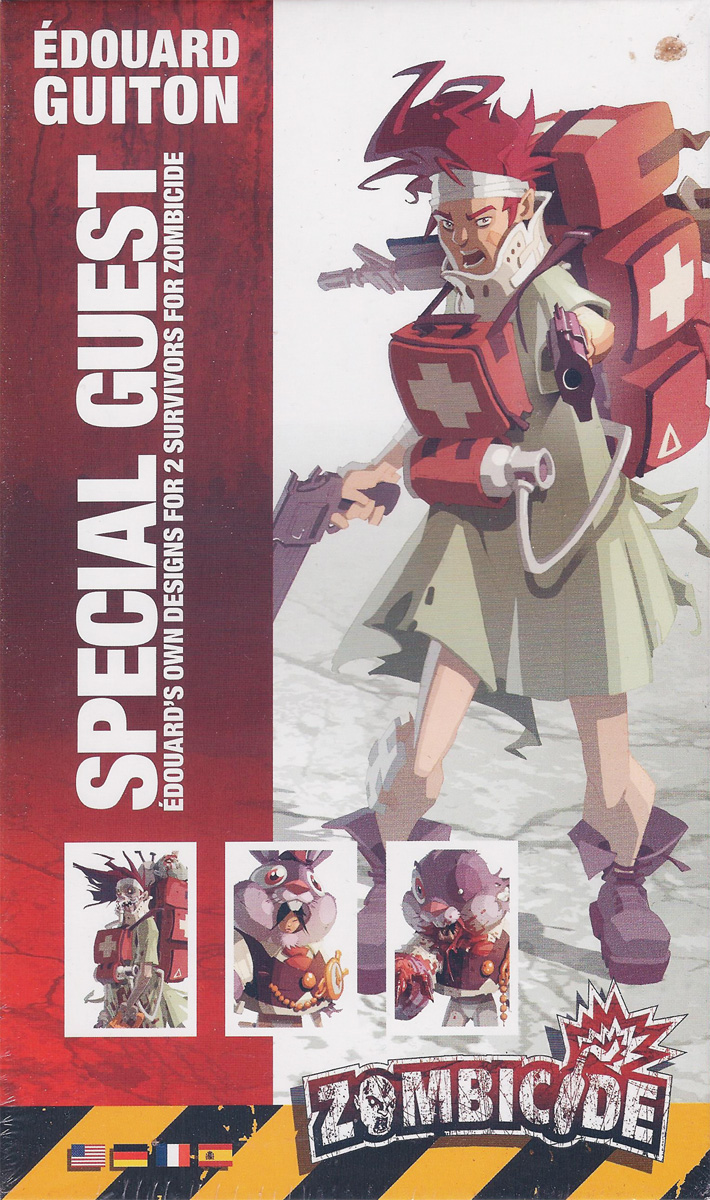