Beschreibung:
The Mediterranean World, several centuries before the Common Era. Rome has already been founded somewhere among the Latin Hills, but no one expects what great future lies ahead for it. Or maybe not? Indeed, on the shores of the Mediterranean Sea there are hundreds of cities, and each of them might become the center of the great civilization. But which of the ancient nations will achieve the favor of the gods, and change the course of history for their own benefit?
Founders of the Empire is a board game whereby every player acts as a leader of a small ancient nation. By adding new territories, developing trade and crafts, attacking neighbors’ lands and building temples players receive Winning Points. The most developed civilization by the end of the game will be granted the title of “Founder of the Empire.”
The game consists of carton-square tiles of land to be used by players when creating their own territories. There are four types of tiles: Nature, Village, City, and Victory. Victory tiles bring Winning Points, while others produce different resources like stone, wood, coins, and even armies. If you intend to attach one additional tile to your land (thus, expanding your territory), you’ll need to have some of the necessary resources on your table. For example, a tile with a Golden Mine can only be attached to your land if the neighboring tiles are water and stone. The only exception are Nature tiles, which don’t require any resources and can be placed anywhere.
At the beginning of the game, tiles are divided into four stacks according to their category (Nature, Village, City and Victory). Each player receives two nature tiles – they are the player’s starting territory. From the stack of Victory tiles, 8 or 12 tiles are drawn randomly. These tiles are then placed face-up on the table for everyone to see. The remaining Victory tiles are put back into the box, as they won’t be needed for the game any longer. The tacks of Nature, Village, and City tiles are placed face-down in the middle of the table, which will be used to refill the Common Market. Some of these tiles are placed face up at once.
At the start of a player’s turn, he has to open one tile from any stack of his choosing first, and put it in the market. Then, he has to add one of the face-up tiles to his land. It can be a tile from the market, or one of the victory tiles chosen at the beginning of the game. Of course, by doing this he must be sure that his land has all of the necessary resources. The game then continues until the last Victory tile is taken from the table.
Besides tiles in the game, you can also find Tokens of Special Actions. The player receives such tokens as soon as he adds a City tile to his land. The token can be used during his next turn, or any other following turn just after he placed the tile on the market. The War token pillages one of your opponent’s tiles in order to stop it from producing resources, as well as preventing it from ever giving Winning points to the opponent. With the Coin token, you can buy a required resource from any of your opponents. The Carriage token unites four tiles in your land, making it possible to move resources between them. The Craftsman token is put on the specified tile, which turns resource production into winning points.
As soon as the last Winning tile is taken, the game is over. Players count their points, which are given for built temples (Victory tiles), Craftsmen, and tokens left on lands. The player with the highest score wins the game.
Founders of the Empire is a competitive family game, which will perfectly suit the taste of European-school fans of board games. To earn a victory, players must keep an eye on their opponents’ steps, make timely tactical decisions, and foresee all possibilities of their actions. You will also need to be careful with the geographical position of your land. Be aware of the situation, when at the crucial moment the badly needed resource is blocked with other tiles, or being attacked by your opponent’s army. Besides, it is very important not to miss the moment when the end of the game is drawing near – sometimes, the outcome of the game depends on a mere one or two points given in the last turn, just before the end. [Quelle] 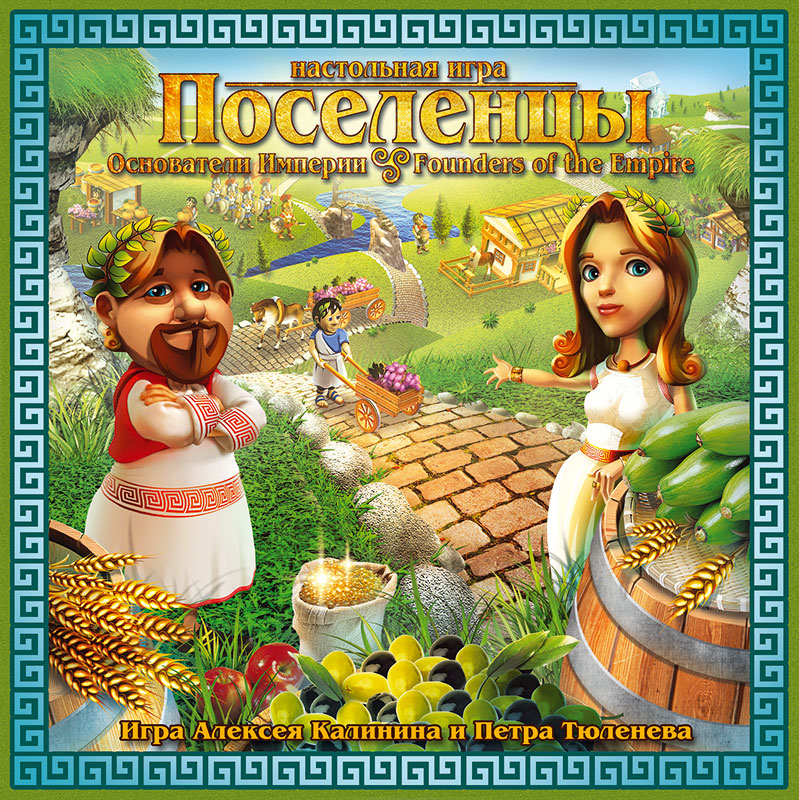 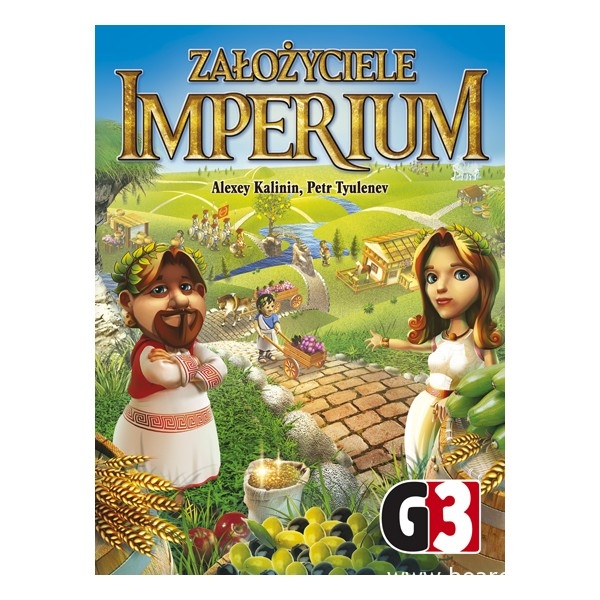 Founder of the Empire - Cover