ISS Vanguard - The Board Game

Gameplay is divided into 2 main stages: Ship phase and landing on planets.

During the Ship phase, players will manage their ship (binder with printed sleeves), where every section will have to make gameplay decisions such us:
* Healing your wounded crew
* Deciding to what galaxy travel next
* Building ship upgrades
* Researching found discoveries
* Manufacturing new equipment or even new landers
* Hiring new crew members for your faction
* Delegating your crew for different jobs or training
* Managing dangerous situations on board

Then, you will prepare your crew for landing on next planet, in the search of answers to humanities biggest questions. Together you will pick lander and customize it with modules, then each section will choose a crew member to take on a mission ( more experienced crew members will have better ranks ), deck-build skills deck, take equipment and choose dices for his character.
The game will come with over 100 different Crew members, each with unique characteristics.

After landing on the planet, characters will proceed with exploring them by using dice management, combined with action cards and special equipment. Planets will be represented by 2-pages in the planet book and consists of PoI (point of interest), where players will be able to perform actions in order to take samples, discover new minerals or some alien technology.

But obviously, those alien planets are full of hazards – from environmental, weather up to advance and less advance living forms. Each planet will have its own mission to complete and as a side objective players will try to gather discoveries (used on the ship) and rank up their characters by fulfilling their special missions.

During all phases of the games players will be directed to Log-book, consisting story encounters, often written in the form of action-packed dialogues between the characters.
[Quelle. Awaken Realms] 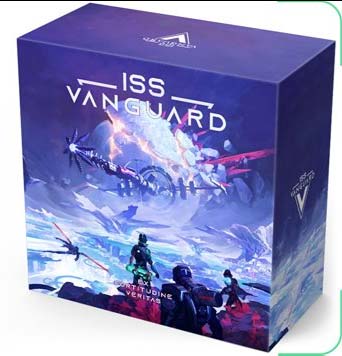 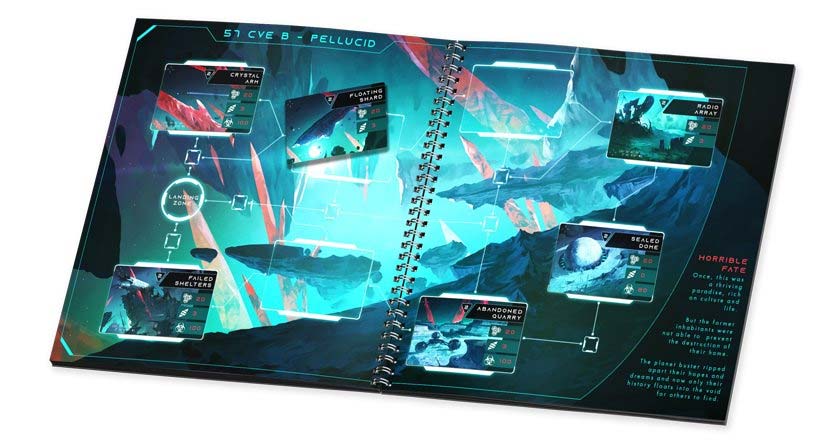 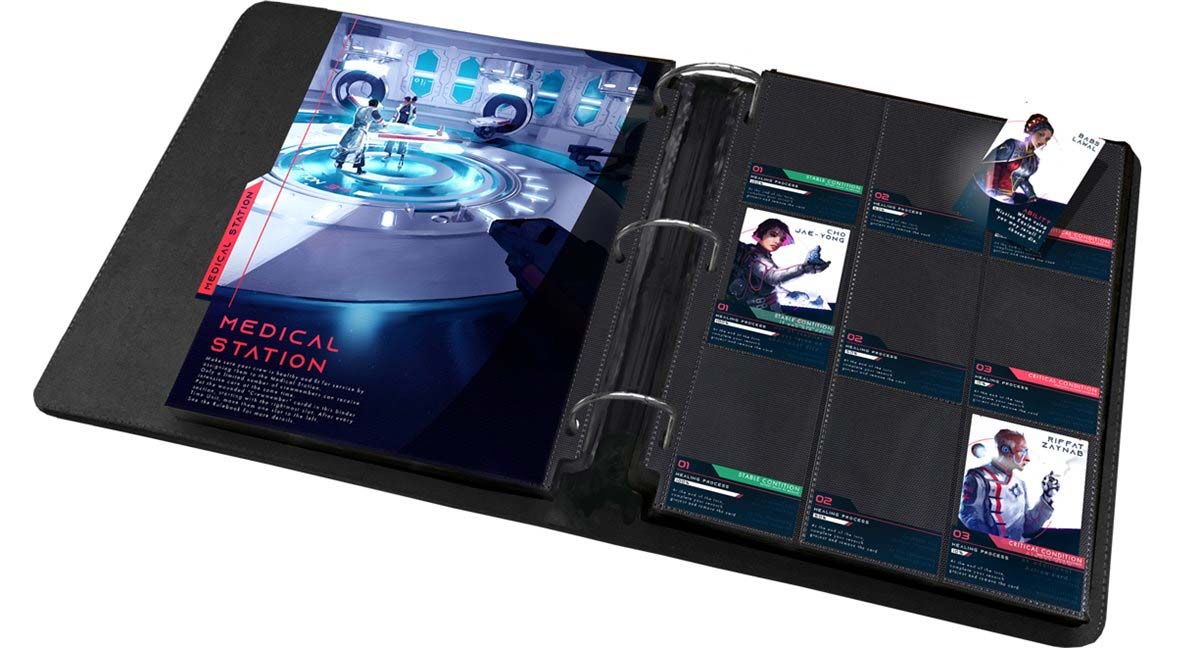 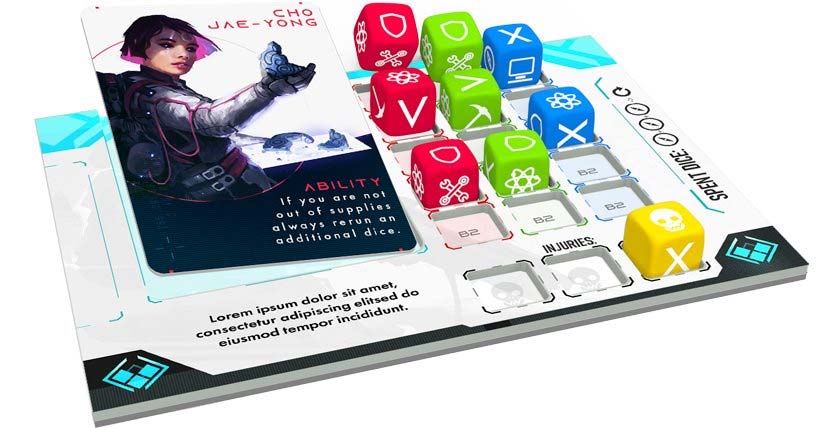