Beschreibung:
The Korean War: June 1950 - May 1951, Designer Signature Edition, marks the return of a true wargaming classic by Joseph Balkoski first published in 1986, faithfully remastered and updated with this all-new, supersized edition. Hailed by many as of the premier games covering The Korean War, this two-player operational level simulation covers the first year of the Korean conflict, from June 1950 to May 1951.

This edition of The Korean War features a super-sized map and larger counters and is another Classic Reborn! by Compass.

During this period, the United States found itself involved in a bitter struggle in a remote Asian land that many Americans had not even heard of. Amid the debacles and stunning victories of the first year of war, the very foundation of the American military system — so recently triumphant in the Second World War — was severely shaken. In a war that few Americans understood and which historians have tended to ignore, the foundation of future American diplomacy in the face of communism was laid.

The players control ground and air forces of the United Nations, North Korea, and Communist China. Each player's force consists of a wide variety of units, including infantry, marines, paratroopers, armor, and aircraft. The map is a 1:750,000 representation of the Korean peninsula from Pusan in the south to the Yalu River in the north. In addition to controlling military forces, the players must make a number of political decisions that have an important effect on the game. Above all, the UN player must strive to keep international tensions at a minimum for the purpose of preventing World War Three. Intense escalation and mobilization could have disastrous consequences for the militarily-unprepared United States. On the other hand, insufficient force applied to Korea could lead to the conquest of South Korea by North Korean communists.

This Designer Signature edition of the classic Joseph Balkoski game goes beyond merely incorporating errata found from the original edition; it includes enhancements that include: 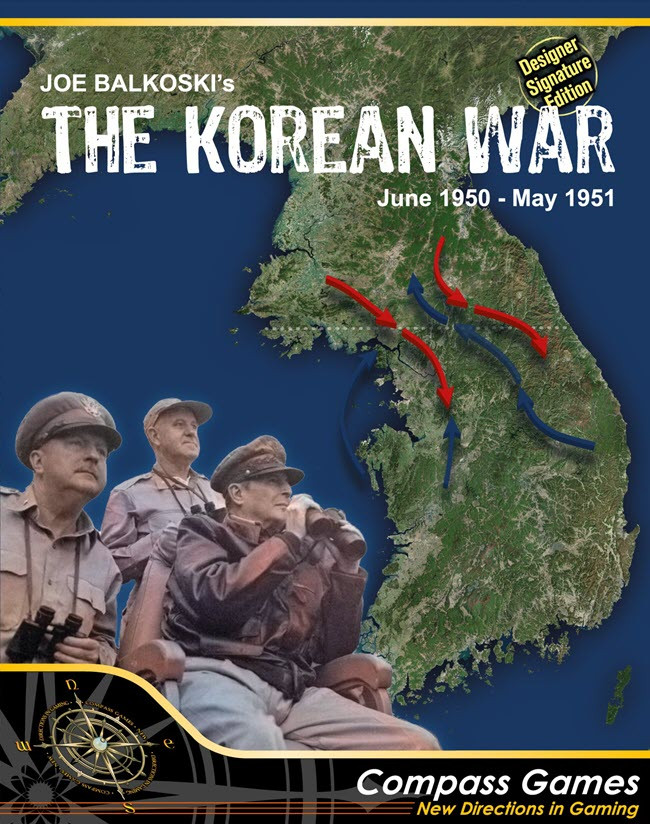 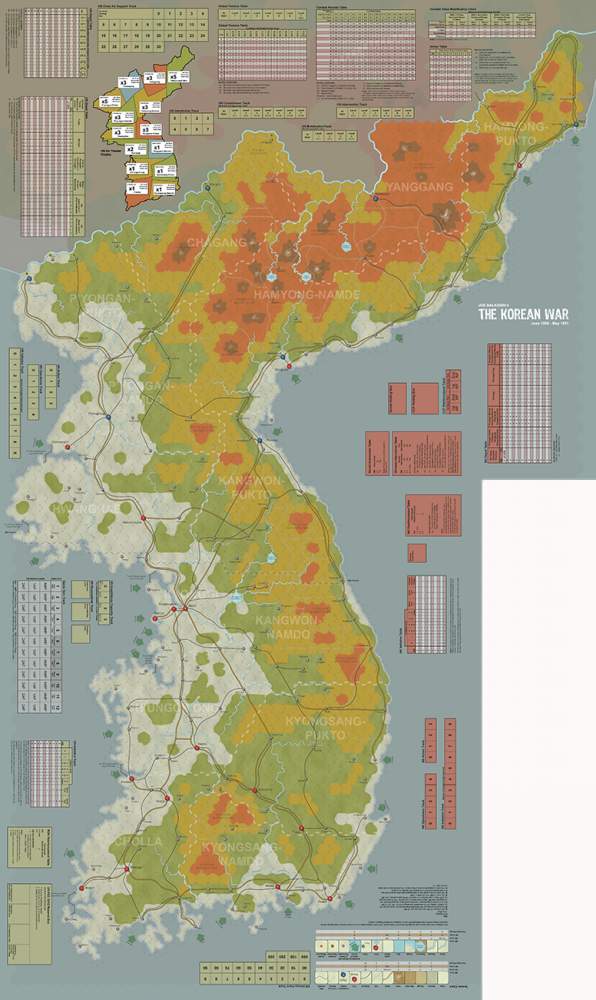