Beschreibung:
Interceptor Ace: Daylight Air Defense Over Germany, 1943-44 is a solitaire, tactical level game which places you in command of a German fighter during World War II. Each turn consists of several days, during which a combat mission will be flown from one of many bases in Europe, attempting to intercept incoming American Bombers. Interceptor Ace is based on the popular, action-packed Nightfighter Ace game system by Gregory M. Smith with a strong narrative around the pilot as you look to increase your prestige, earn skills, and rise in rank through promotion and receive awards.

The objective of the game is to conduct numerous sorties in the role of a German interceptor pilot and rack up kills. Pilots may use the experience gained to improve their odds of success by purchasing skills. As their prestige increases, they may request a transfer to other fighter bases in an attempt to get "closer to the action" or request a newer type of fighter. Awards and ace status help to narrate the player's eventual goal – to become the top “Viermot” killer of the war.

The system is packed with rich technical detail but without the complexity to capture the key historical facets of the day bombing campaign over Germany. In terms of fighters alone, there are 30 aircraft models available to pilot. The families of fighters include:

For each interceptor, you will be using the date of availability, speed, area of operations based on originating base, individual weapon systems, damage, and crew status.

Fighters can be assigned to one of seven possible major geographic base “groups” as follows:

Besides the focus on hardware, the soft aspects of the war are also faithfully rendered for each pilot and crew. For example, air crew is characterized by various, including numerous Pilot skills, Wingman skills, Bordschuetze (Rear Gunner) skills, and Prestige Level. The emphasis on various skills and benefits to gaining experience creates even a stronger narrative when compared to the Hunters game system, which helps weave a tense and dramatic narrative during play. One major change in Interceptor Ace over Hunters is the ability to choose your crew improvements instead of randomly rolling for them. As these greatly impact on your combat capability (and survival), it is a major decision you must make. Another major change in the system is the wingman concept, who can possibly pull you out of a bad situation if he is still flying.

Game play moves quickly, following a set sequence of events that are repeated until the end of the game. Once you have your initial pilot and crew along with your nightfighter assignment, play proceeds by checking for incoming raid information while checking for weather prior to take off. Following successful take off, play proceeds by flying to the area you expect to intercept the American. As location boxes are entered, you will roll for possible intercept in which combat may ensue. Combat may consist of numerous rounds after which returning to base and landing operations occurs, with the weather playing a factor again as part of the landing procedure. When the mission is completed, you will ascertain any awards, Prestige points, or Experience points gained prior to you next sortie. Here you can also spend Prestige and Experience points if desired to gain skills, request a new fighter, or request a change of base. You will repeat this process by going to your next sortie until shot down and killed, or until February 1944 should you make it through unscathed.

This game is highly accessible to those familiar with The Hunters, Silent Victory, or Nightfighter Ace and designed by Gregory M. Smith. The game system lends itself very well to capturing the tense air defense over Germany. While Interceptor Ace is designed as a solitaire gaming experience, additional options for play are provided for both multi-player cooperative and competitive gaming sessions.
[Quelle: Compass Games] 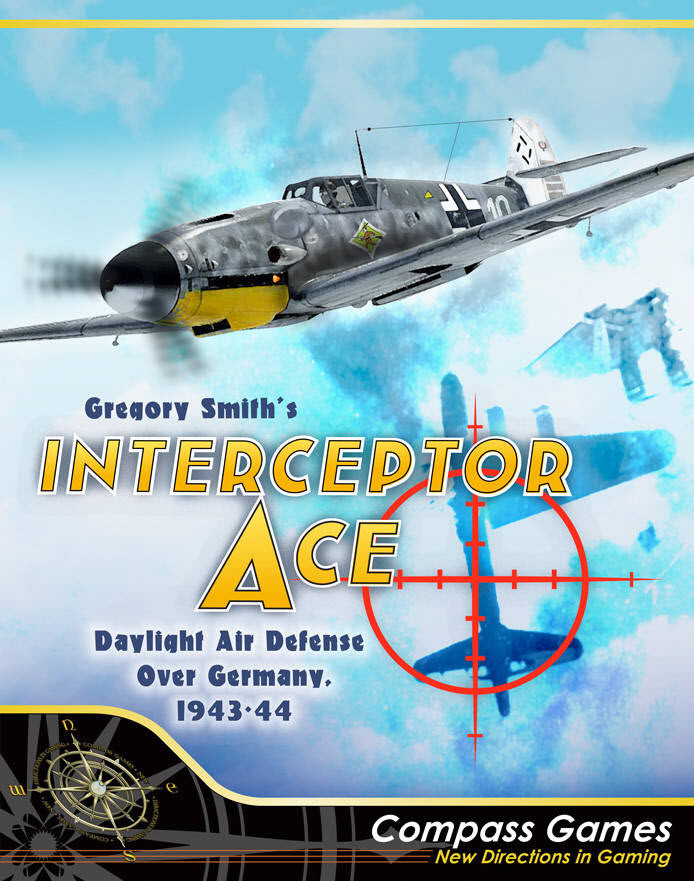 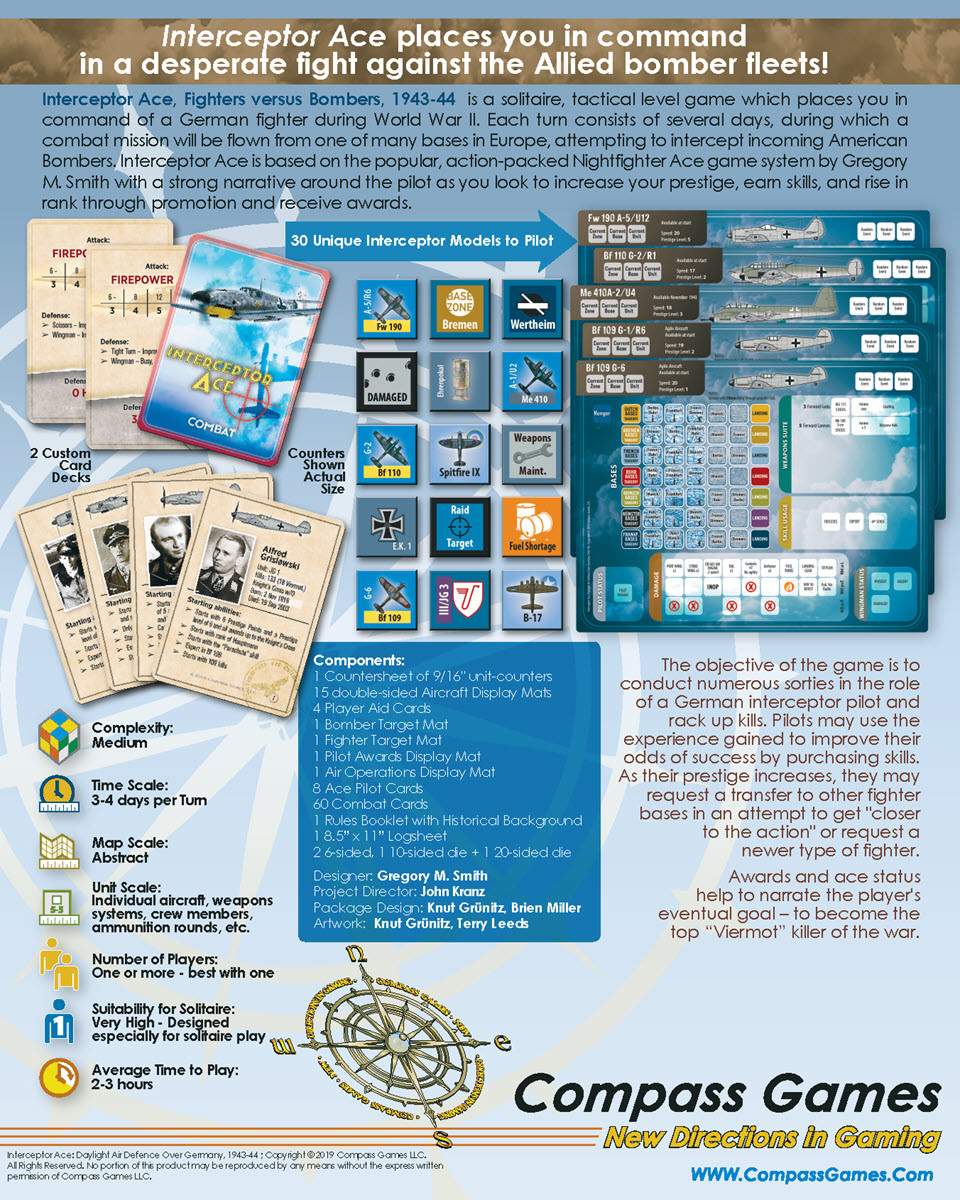