Beschreibung:
Schutztruppe, Heia Safari, 1914-18 is the all-new edition of Schutztruppe and represents a complete re-write of Jim Bumpas' classic World War I game. While much of the original flavor is maintained in the retained rules, significant changes have been made to the game system. Some of the more notable changes include naval rules, updated campaign map, expanded order of battle, and realistic supply rules. The overall game presentation is enhanced with a mounted game map and larger 9/16" counters.

“Heia, heia Safari!” was a call which for four years echoed throughout East Africa. With this call the officers of the Schutztruppe in German East Africa rallied and encouraged their askari in the defense of their country during the First World War. This small force, whose strength never exceeded 3,000 white and 12,000 black soldiers (askari), was opposed by some 300,000 men (150,000 at any one time), comprising British, Indian, Rhodesian, Nigerian, Gold Coast, South African, Belgian and Portuguese troops. Led by Major-General Paul von Lettow-Vorbeck, the Schutztruppe fought within its own home territory for the first three years of the war. During the final year von Lettow-Vorbeck transferred his resistance to Portuguese East Africa and trekked south to within 60 km of Quelimane. He reappeared in Northern Rhodesia in November, 1918, and that is where news of the general armistice that ended the war reached him. 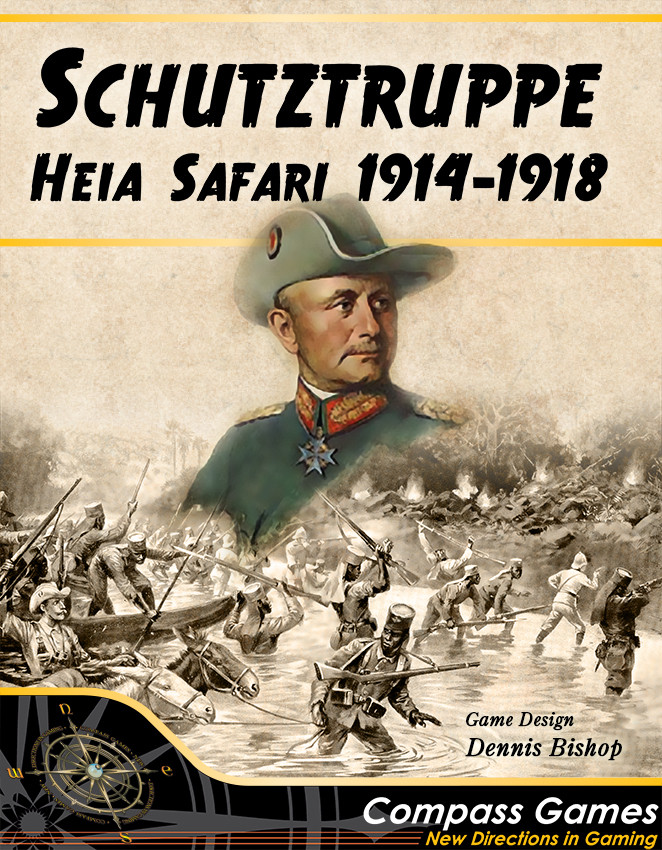 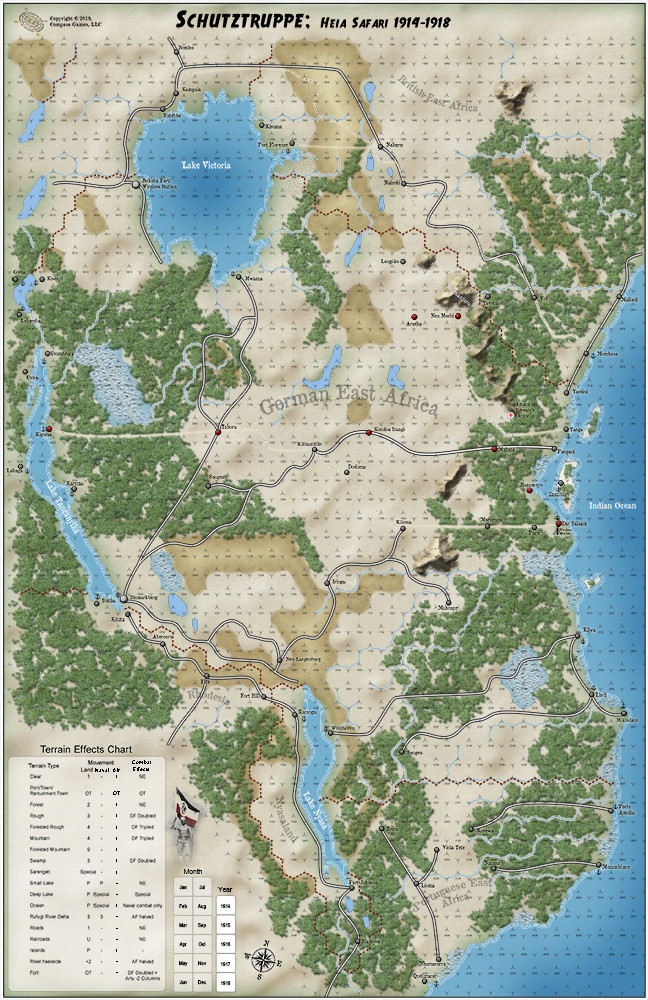